Road King is a series of touring motorcycles that have been in the Harley-Davidson line since 1994. This bike is among the favourites from this company that has been in operation for many years. 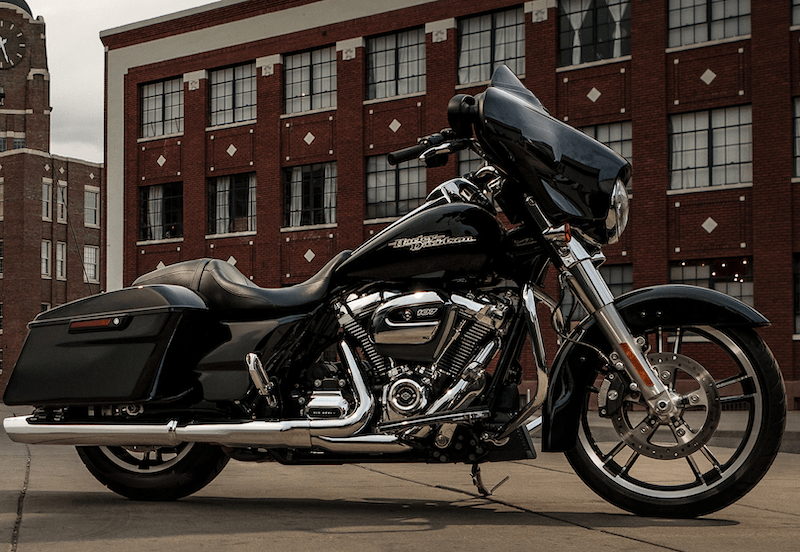 The street glide series has been produced for slightly over a decade and is among popular models from this manufacturer. Typical of all touring models, the road king and street glide have large saddlebags and back coil-over air suspension. 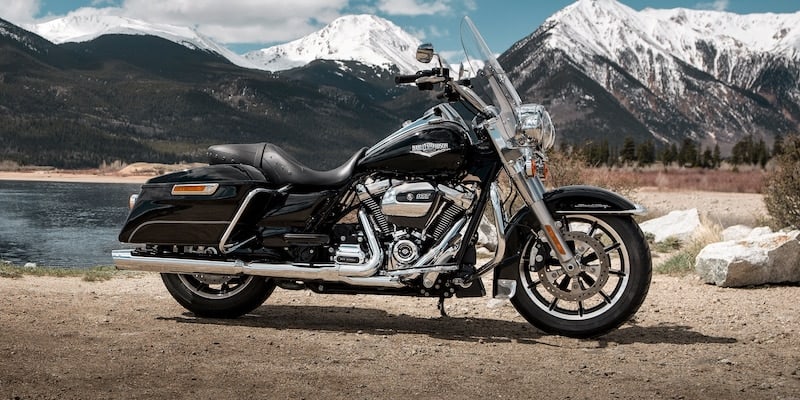 Many other characteristics make these two similar, but they feature some differences that make each model unique.

The 2019 model of the Harley-Davidson road king model has a Milwaukee-Eight 107 engine. The displacement for this engine is one thousand seven hundred and forty-six cubic centimeters. The claimed engine torque is 111 ft-lb at three thousand two hundred and fifty. The stroke for this model is one hundred and eleven point one millimetres while the compression ratio is ten to one.

The street glide, on the other hand, has the following specifications regarding the engine. It is a Milwaukee-Eight 114 type. The displacement is one thousand eight hundred and sixty-eight cubic centimetres. The stroke for this model is one hundred and fourteen while the compression ratio is ten point five to one. The revolution per minute for the street glide engine at maximum torque is three thousand two hundred and fifty.

The engines of these two touring bikes differ, but they also have some similarities. They both have two cylinders with four valves. The cooling systems for both of them are air-cooled and the engine type being saddlebags DOHC. Also, they have four as the total number of strokes.

Interesting to note is that these motorcycles have a similar fuel capacity. They both accommodate twenty-two point seven litres of fuel.

There are multiple similarities in the brake and wheel system of these two touring bikes. The front and rear brake systems of both are discs, the wheels cast aluminium, and the tyre types tubeless.

The road king model possesses a chrome, 2-1-1 twin exhaust with tapered mufflers while the street glide is designed with a double cradle chassis.

The characteristics listed above are among those that differentiate the road king from the street glide. The features listed above are essential when one is looking to by a motorcycle for touring. Other than the above, some of the other elements that one ought to check before making a purchase are;

Bikes come at different prices. The features on each, as well as the brand, dictate how much one would go for. When thinking about buying a touring motorbike, one should set a budget and look for a product that fits within their range.

Official websites to motorcycle manufacturers will help one make an informed decision regarding the price ranges of their products hence the amount of money they will spend acquiring one.

Additional costs are something that one should factor together with the pricing. This includes the need to customise the motorcycle to ones preferred taste, which comes at an added price.

Insurance is also a cost that comes with making a purchase. Inquiries should be made to the available insurance firms in one’s locality to determine the different packages available and the pricing of each. Once the total cost has been established, an informed decision will be made on whether to get a motorcycle or not.

The various features on a motorcycle such as an engine and the exhaust pipes influence the amount of noise and fumes that it produces. Research and consultation with experts in this field will help one find a way to a motorcycle that has minimal or no noise and sound pollution. Touring models are mostly used for long-distance travel, and the noise and fumes may have long term effects on the rider. One has to be careful, therefore, when getting one.

These are important in touring motorcycle since it means that a rider does not have to check certain elements manually. Compatibility of a bike with electronic additions is something that one must check. Anti-lock brakes, traction control, and fuel indicators are among the essential provisions that technology has to offer. Older models are generally known to be less compatible with this type of adjustments. Electronic aids come in handy when one has plans to ride in wet weather. This is because the system will adjust accordingly and make some functions readily available as opposed to when using the manual mode.

Movement from one place to another requires one to carry necessities with them. The size and type of luggage carrier to go with are dictated by the kind of travel that one is into, the duration that one will be on the road, and the type of amenities available along the route to the final destination. A bike equipped with saddlebags is ideal for touring. Also, one can go for a model that allows for a fitting of a seat.

Motorcycles that lack wind protectors are regarded to be beautiful, but they are a pain for one travelling long distance. Going against the wind makes the different elements in the air land on the rider. This is not only dangerous but tiring as well. To cut down on the wind resistance one should ensure that they check out the protection options available for the touring model they go for.

Traffic regulations require riders to be foot down at stop signs. Other than meeting the requirements set by regulatory bodies, one ought to have ease in putting their foot/feet down without hassle when the need arises. The seat height should be taken into serious consideration during shopping to allow the rider comfort and accessibility of necessary functions with minimal risk. The saddle altitude must be factored in before and during purchase. Demonstrations and test rides will help one figure out the best touring bike for their height. In the case of the road king versus the street glide, the former’s seat height is higher than that of the latter.

Once a motorcycle has been bought, maintenance and repair costs kick in. Fuel and lubricants are among the many products that one will require to ensure that their bike remains in good condition. When shipping a bike from a different country, one has to inquire on the type of products it will need and confirm that they can access them readily in their urbanite. The cost of parts that require to be replaced from time to time should also be factored in and their availability as well.

The type of motorcycle acquired guides one of the kind of clothing that is appropriate for them. Riding gear is pricey but essential for every time one rides on their bike. For long-distance touring, one should go for good quality gear preferably made with waterproof material to help navigate different weather condition that they will encounter while in transit.

Although it is not common, motorcycles sometimes come with errors that require the manufacturer to repair or give a new one. Reading the terms and conditions of purchase is vital to ensure that you can go back to the manufacturer in case of a defect and get it corrected.

Customer reviews and testimonials, as well as those done by experts on the road king and street glide models, indicate that they are similar in many ways including performance. The differences noted in this article are what make each model unique. These two models are available in an array of colours. To get the best of the latest features added to them one ought to acquire recently manufactured models. The official Harley-Davidson website provides all specifications for the road king and street glide models.