The bagger motorcycle is a name which you may not instantly recognize. Once you see a picture though, it is one which will be etched in your memory. For good and bad, these motorcycles have been around for a generation, and are most commonly associated in that sense with Harley Davidson and BMW. 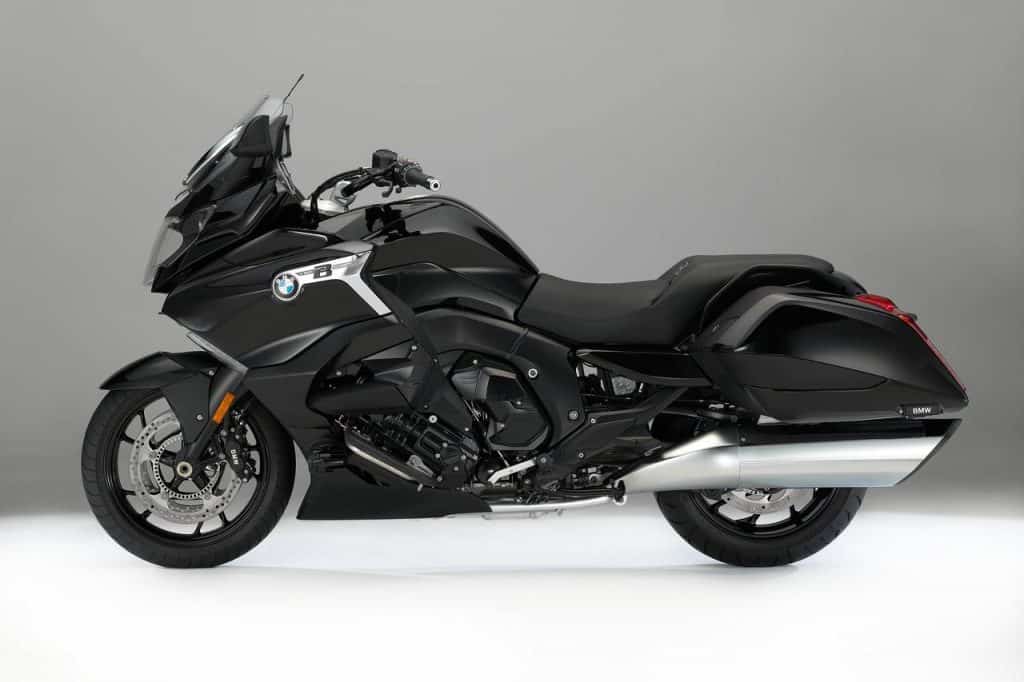 In fact, a bagger can be any brand of touring bike which features a full set of saddlebags. While this may not make them the most appealing on the eye, they are certainly practical, and they are having their moment in the sun as a currently trending bike of choice for many.

Here we will take a look at some of the best and most popular baggers on the market, as well as a view into the world of custom baggers.

For many years as we mentioned, the bagger name was most closely associated with Harley Davidson, although this may not be something which would please a Harley owner to hear. Ultimately, more and more in recent years, other major bike brands have really focused on releasing practical and stylish baggers into the growing touring bike market. These include the likes of BMW and Yamaha who are becoming very popular in this category also.

Here are a few of the best bagger motorcycles on the market currently:

This bike represents something of a statement from the team at German giant BMW. They have pretty much been an ever-present in the bagger motorcycle market since its inception, although for so many years its creations would have been deemed perhaps overly practical. The company were not always credited with the most stylish designs in the market. This has all changed with the release of the K1600B.

This renewed focus on style has delivered a bike which is not only stylish, but packs a powerful punch. A six-cylinder engine and 160HP make sure of that. This means that for many, the image of the cumbersome, “dad bike” can and has been left in the dust. The speed of the BMW ensures this. It has greatly increased its appeal to a whole new demographic with the injection of speed and style to go alongside the practicality. It also means you will almost definitely win a straight-line speed test with any other bike, bagger or not.

It is safe to say that the focus of Yamaha lay elsewhere for many years. Touring and baggers were not really something which seemed to interest them. The market is evolving though and this is something which Yamaha certainly picked up on. They became involved in the cruiser market several years ago, and have since released their first true bagger motorcycle, the star eluder.

This bike tries to incorporate the sharp, sports style design for which Yamaha are known, while also features all the most important elements of a top quality bagger. This very functional bike not only looks good but also features an LCD screen which is touch and voice compatible. This is along with a heated seat, full storage capability, and many other top of the range features. Yamaha have entered the bagger market and they have done so in impressive style with the star eluder.

Harley Davidson resisted the bagger market for many years, with some creative owners adapting previous cruisers to fit their needs. This changed in 2006 though with the final release of the street glide special which signaled the arrival of Harley in the modern day bagger market as we know it.

The latest version of the street glide has a striking shape and appearance which makes it quite reminiscent of a show bike or customized bagger motorcycle. This has of course been attractive to the loyal customer base of the US giant and these models continue to rise in popularity in similar fashion to those from other manufacturers. Bikers are beginning to realize that the modern twist on the bagger can be a logical choice but still retain a lot of style as with this Harley.

Motto Guzzi have been another household name in the bagger category for decades. This bike though represents their own form of debut in the modern-era of more shaped baggers as opposed to the traditional style. The result is nothing short of spectacular. They have produced a beautifully stylish bike which features multiple riding modes for you to enjoy depending on how you are feeling, and also an anti-slip function to ensure that those wheels stay locked onto the road throughout your tour.

Power and of course style in abundance here from Motto Guzzi. I guess we should have expected no less from the Italian firm with literally generations of experience in crafting the finest bagger motorcycles.

Motorcycles are a special art form for many who ride and indulge in their love of the bikes. Baggers and cruisers in particular evoke a strong passion from the community which has established around them. This has led to a huge amount of customization of bikes.

Much as you often see custom or heavily personalized trucks, the same is true of custom bagger motorcycles. Typically, this customization can be heavily focused on the rear and what would have been the traditional saddle-bag set itself. Such customizations are often elaborate and focus on making the bike flow together very smoothly, and not forgetting the often vibrant colors which are featured in many custom bagger designs. You can see more awesome custom bagger motorcycles here to whet your appetite for something of your own.

Motorcycles will always be a thriving and ever-evolving industry. The re-emergence of bagger motorcycles and the high popularity of customer bagger motorcycles in particular is something that will come as no surprise to those who have watched the industry over the decades. For now, when it comes to cruisers and biking, this is absolutely the year, or era of the new bagger motorcycle, so why not enjoy it and ride in style during your next long road trip.